The Ethnographic Fisherman’s Homestead in Nida, which is typical in the Curonian Spit, is situated on the shore of the lagoon in the southern part of old Nida, in the former village of Haken (part of the village on the cape in the lagoon).

The farmstead was built by local craftsmen in 1927 and consisted of two connected buildings, which was a typical layout at the time: once the offspring of the family got married, an extension to a house was built and the new family settled next to the parents.  In the 20th century, a fisherman called Martin Purwin (1857–1943) lived with his wife and three children in the part of the house which today houses the Ethnographic Fisherman’s Museum. Following the death of his wife in 1907, he married Ana Peleikis (1875–1951) from Preila, who brought her son Johan Peleikis (1905–1994) along. They had two more children together. Later on, Johan took over his stepfather’s fishing business, and in 1932 married Henrietta Kubillus (1909–1981) from Preila. The couple had five children, and in 1944, the family moved to northern Germany, like most of the population of the Curonian Spit.

The farmstead was severely damaged by drift ice in 1970. With strong south-easterly winds blowing, drift ice came dangerously close to the house, where the sleeping master of the household must have experienced the most unexpected ‘ride’ together with the house.

In 1973, conservationists from Klaipėda restored both residential houses and the outbuilding. The building facing the lagoon features an exhibition of a typical house interior and tells of daily life of a fisherman living on the Curonian Spit at the turn of the 20th century. The entire homestead-turned-museum was fitted out to reflect the old way of life of local fishermen.

The exhibition was first renewed in 2017, using modern innovative equipment, various visual solutions and creative installations in order to create a sense of presence of the old residents of the house. The idea behind the renewed exhibition is a sense of a moment stilled in time, as if the house was full of life and bustle of its inhabitants. Therefore, authentic articles are placed as if they were in use. 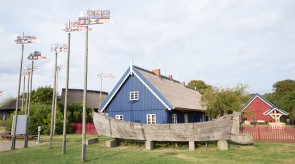 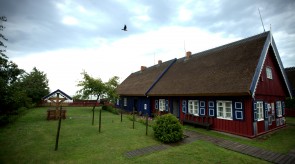 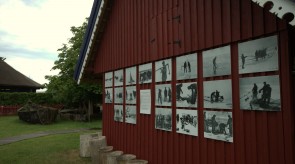 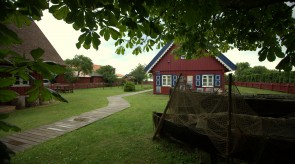 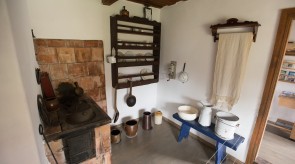 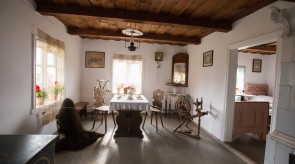 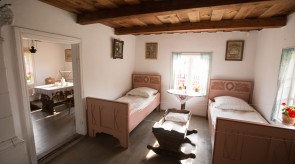 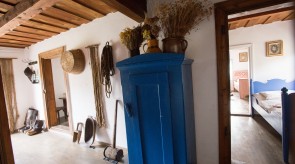