The Curonian Spit History Museum is located in the northern part of Nida, close to the Writer Thomas Mann Memorial Museum.

The museum was opened on 16 September 1969, in the building of Evangelical Lutheran church, the activities of which were suspended at that time. Its exhibition, being restricted by the Soviet ideology, did not represent important aspects of the history of the Curonian Spit. The exhibition displayed in a church showed only the formation of the Curonian Spit and the Curonian Lagoon, local people, nature, businesses, etc.

The history of the museum was complicated: the exhibition was dismantled after the return of the church to the religious congregation in 1989. The next phase in its history was also marked by transience:   an exhibition of trades of inhabitants of the Curonian Spit was housed in rented premises between 1995 and 2002.  In 2002, the museum moved to a new building on Pamario street in Nida. The new exhibition presents the traditions and trades of inhabitants of the Curonian Spit (hunting crows for food, fishing gear, boat models). A mannequin demonstrating a peculiar fishing technique, bumbinimas(fishing on ice by rousing fish), is particularly interesting to visitors. Unique Stone Age finds form a valuable part of the exhibition, including a part of a wooden boat, pottery and stone axes, discovered during archaeological excavations in Nida in 1974–1978.

Highlights of the exhibition are the history of the Nida post station and the licence issued to its proprietor Friedrich Casimir Kuwert in 1785 to brew beer in his coaching inn, showing how Nida flourished before 1833 and was visited by members of Europe’s high society, including King Frederick William III and Queen Louise of Prussia, the French philosopher Denis Diderot, etc. The documents, photographs and maps tell the visitors about the European post road which ran along the Curonian Spit from the mid-17th century to 1833. 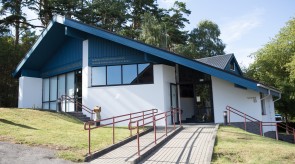 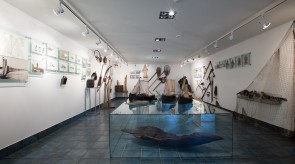 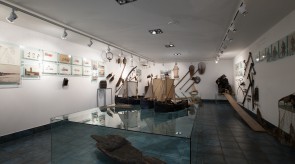 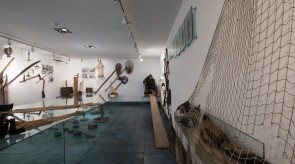 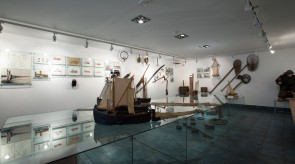 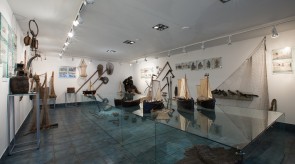 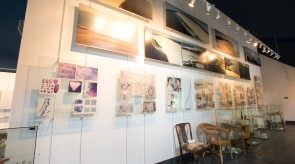 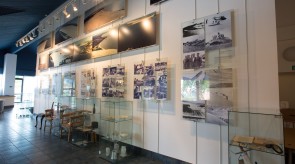